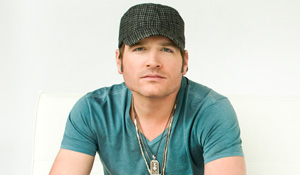 Curb Records hitmaker JERROD NIEMANN is back at Country radio this week with the fun, upbeat song, “I Got This,” from his latest studio album THIS RIDE. Penned by a trio of Country’s hottest writers – Rodney Clawson (Jason Aldean, Luke Bryan), Josh Osborne (Kenny Chesney, Sam Hunt) and Luke Dick (Eric Church, Miranda Lambert) – the “strutting indie-pop jam” (Rolling Stone Country) was one of the Top 3 most added songs at Country radio with 33 stations on board first week.   “‘I Got This’ really represents how my new music has evolved,” shared Niemann. “It has the vibe and groove that draws me towards songs. We used some of our very favorite tones and textures in the studio to amplify and uplift the lyrics and melody. Hopefully everyone will be toe tapping and singin’ along.” Recently, Neimann had the chance to talk all about THIS RIDE and new tune “I Got This” with Suzanne Alexander for GAC’s Great American Playlist and Cody Alan for CMT Hot 20 Countdown. The singer-songwriter also shared the accompanying music video, which was filmed by director Ryan Hamblin in a vibey studio in Nashville. Later this month, Niemann will join the USO’s 76th annual star-studded holiday tour as the musical guest. Led by the Chairman of the Joint Chiefs of Staff, General Joseph F. Dunford Jr., he’ll have the opportunity to visit with and perform for service members stationed internationally. “After a life-changing USO tour last year, I couldn’t be more excited to give my appreciation to service members overseas during the holidays,” enthused Niemann. “While I can’t yet say where and when we’re going yet, I’ll send updates with the troops once we get there.” ABOUT JERROD NIEMANN: Fueled by a nearly decade-long career, prolific Nashville hitmaker Jerrod Niemann has dug deeper that ever before with THIS RIDE – his first album for Curb Records which includes the uplifting duet “A Little More Love” (with Lee Brice) and his romantic follow-up single “God Made A Woman.” Known for clever wordplay and attention-grabbing lyrics, the highly engaging singer-songwriter last topped Country charts with his PLATINUM-certified anthem “Drink to That All Night,” a multi week #1 from the 2014 album HIGH NOON – on which he co-wrote eight of the 12 tracks. Niemann first burst onto the scene in 2010 with his critically-acclaimed major-label debut, JUDGE JERROD & THE HUNG JURY, which skyrocketed on the strength of his PLATINUM-certified #1 smash “Lover, Lover” and GOLD-certified Top 5 “What Do You Want.” His second release, FREE THE MUSIC, included Top 15 “Shinin’ On Me” and poignant ballad “Only God Could Love You More.” From Academy of Country Music, Country Music Association, and CMT Award nominations, to headlining and touring with some of country’s hottest acts – Dierks Bentley, Brad Paisley, and Keith Urban – Niemann continues to make his mark by creatively pushing boundaries all while offering a sincere nod to the legends before him. For additional information on Jerrod Niemann, please visit www.jerrodniemannofficial.com.

TUNE IN: JERROD NIEMANN FACES OFF AGAINST LEE BRICE ON CELEBRITY FAMILY FEUD THIS SUNDAY (8/27) Anticipated New Album THIS RIDE Due Out October 6 Multi-platinum Country artist JERROD NIEMANN will face off against good friend and Curb labelmate Lee Brice for what is sure to be a very entertaining edition of Celebrity Family Feud on Sunday night (8/27). Both artists are competing to win $25,000 for charities near to their hearts – Niemann is playing for the USO and Brice for Folds of Honor. Joining Niemann on his family team are his wife Morgan Petek Niemann, brother Joseph Niemann and sisters Amy Jo Stelzer and Julie Schults. After a life-changing USO tour in 2016 throughout Kosovo, Kuwait, Afghanistan and Romania, the “God Made A Woman” singer will aptly host a live viewing party with service members stationed at USO Fort Campbell. “Playing Family Feud against my great buddy Lee Brice is truly one of my favorite memories ever,” shared Niemann. “We had the chance to enjoy such a unique opportunity with the ones we love, laughing until it hurt and more than anything, competing for causes that are near and dear to our hearts. Raising funds for our American heroes through USO and Folds of Honor made it just that much more special to us. I can’t wait to watch the debut of our episode with some of the brave men and women that provide all the freedoms we are fortunate to enjoy daily.” Marking the beginning of a new chapter for the PLATINUM-certified #1 artist (“Lover, Lover,” “Drink to That All Night”), Niemann is releasing a daring new set of tunes with his fourth studio album and first for Curb, THIS RIDE, on October 6. Regarded as one of Country music’s most progressive artists, he has nearly a decade of outside-the-box success as songwriter, singer, and performer under his belt. Co-produced by Niemann and studio ace Jimmie Lee Sloas, THIS RIDE features 13 inspired songs sourced from a stable of all-star tunesmiths including Shane McAnally, Ashley Gorley, Ross Copperman, Rodney Clawson, Craig Wiseman, Dallas Davidson, Natalie Hemby, Josh Osborne, Chris DeStefano and more. Each track pushes the boundaries of conventional Country wisdom – just as the singer-songwriter-producer has continually done throughout his career. Fans and critics alike have already praised THIS RIDE’s first two singles – the feel-good “A Little More Love” duet with Brice, and the classy romance of current single “God Made A Woman.” ABOUT JERROD NIEMANN: Fueled by a nearly decade-long career, prolific Nashville hitmaker Jerrod Niemann is digging deeper with his forthcoming Curb Records album with the uplifting duet “A Little More Love” (with Lee Brice) and his romantic follow-up single “God Made A Woman.” Known for clever wordplay and attention-grabbing lyrics, the highly engaging singer-songwriter last topped Country charts with his PLATINUM-certified anthem “Drink to That All Night,” a multi-week #1 from the album HIGH NOON – on which he co-wrote eight of the 12 tracks. Niemann first burst onto the scene in END_OF_DOCUMENT_TOKEN_TO_BE_REPLACED

Jerrod Neimann is back with a new heartfelt ballad “God Made a Woman.” The video is a nice change of pace from the fast-paced mainstream country singles that are so common today. Directed by Ryan Hamblin the video is set in a remote desert where Jerrod reminisces on his younger wilder days, and thanks God for bringing him a woman to save him from himself. The video is the first insight to his new album which is expected to be released later this year. Please go check out the video and let us know what you think! 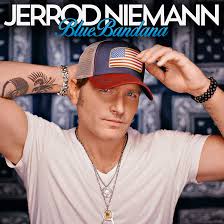 Country singer-songwriter’s live-music love song is Mediabase’s most-added at country radio NASHVILLE, Tenn. (July 30, 2015) – Fans are clearly clamoring for more from Jerrod Niemann, as he helped draw a record crowd at Country Thunder Festival in Twin Lakes, Wisconsin the same week he set a personal milestone at country radio. The Kansas native joined with other country stars to spur an attendance record at Country Thunder when 34,182 fans attended Thursday, the first day of the festival. Niemann is on the road the rest of the summer playing select festival and solo dates. “Blue Bandana,” which Niemann produced with friend Jimmie Lee Sloas, is the first taste of the innovative singer-songwriter’s fourth album. In addition to being Mediabase’s most-added new song at country radio, the single had the biggest impact week of Niemann’s career with 83 adds at both Country Aircheck- and Billboard-monitored stations, surpassing Niemann’s previous career-best impact week of 72 for his now-platinum multi-week No. 1 “Drink to That All Night” from 2014 album High Noon. Fans can now purchase “Blue Bandana” on iTunes and check out the lyric video on RollingStone.com to see what all the excitement’s about. Find out more straight from the source! http://ebmediapr.com/jerrodniemann/937-jerrod-niemann-breaks-country-thunder-attendance-record-as-fans-fall-in-love-with-latest-single-qblue-bandanaq- 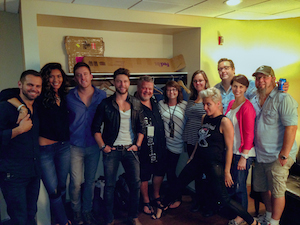 Yesterday I was tuned into SiriusXM and caught a brief interview with Jarrod Niemann on The Highway where he discusses the inspiration behind the album “High Noon“. He pointed out that he wrote the whole album out of a frustration with the winter that never seemed to end. I couldn’t agree with that statement more! Spring is finally here, bonfires are lighting and those winter blues are finally lifting, so let’s raise a cup and sing along with Jarrod! Here’s the first track off that album “Drink to that all night”

Jerrod Niemann Chicago Concert To Broadcast In HD, Ticket Sales Benefit St. Jude! In association with laplive.tv and in celebration of current album release, Free The Music, Jerrod Niemann will gives fans all over the chance to experience is upcoming live performance in Chicago in HD! The concert will take place Thursday, November 29th at 9pm CST at Joe’s Bar in Chicago, and fans can connect to laplive via their computer, tablet, laptop or phone (as long as you have an internet connection)! “The concept of my new album, Free The Music, is celebrating where country music has been and where it is headed – so we partnered with laplive.tv to bring that same theme to our live show and use the internet to bring fans worldwide all together to one room.” – Jerrod Niemann You do need to pay for a ticket to view, but they are SUPER cheap: $4.99 in advance, $6.99 day-of-show. Also, twenty-five cents per ticket will be donated to St. Jude Children’s Research Hospital. You can purchase tickets on the website now. Jerrod wants to talk to fans the night of the show…so be sure to follow him on twitter at @jrodfromoz and use hashtag #jrodlive! I will for sure be tuning in, I’ll see ya there!