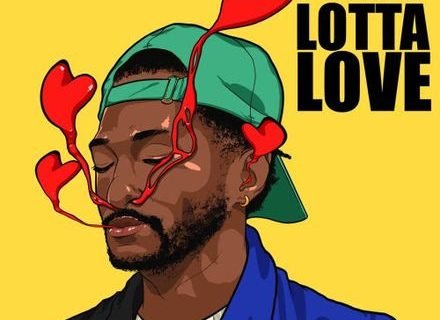 From his current Top 20 single “Get to You” about breaking down emotional walls to exploring the bond between father and son in “Real Men Love Jesus,” Michael Ray is no stranger to sharing his sensitive side with fans. In “Her World Or Mine,” the latest track released from Ray’s forthcoming album Amos, he examines both sides of a breakup and how painful moving on can be. <iframe width=”560″ height=”315″ src=”https://www.youtube.com/embed/3A85JE2ugiI” frameborder=”0″ allow=”autoplay; encrypted-media” allowfullscreen></iframe> One of us still has our picture taped up on the dash One of us took that one from Mexico, threw it in the trash One of us don’t even notice When the radio plays that song One of us breaks down and has to pull over Whenever it comes on No there ain’t no in between When it comes to her and me One of us moved on, one of us got stuck One of us is drinkin’ just for fun One of us is drinkin’ to get drunk One of us sleeps good One of us hates to face the night Just depends if you’re talkin’ about Her world or mine The track couldn’t have come at a more appropriate time in Ray’s personal life. “When I was in the studio recording this song, I struggled to get through it sometimes,” recalls Ray, “I thought ‘Man, I am living every lyric of this song right now.’ At the time, I was going through a tough breakup, and on this album, I really want my fans to see me for me and be able to relate to that.” “Her World Or Mine” is the third track available to fans from Amos. It follows lead single, “Get To You” and “Fan Girl,” which Rolling Stone describes as a “pop-heavy heap of electronics, guitars, R&B grooves and synthesizers.” Amos Track Listing with songwriters: “Fan Girl” (Matt Jenkins/Brad Tursi/Josh Osborne) “One That Got Away” (Josh Osborne/Matthew Ramsey/Trevor Rose/Jesse Frasure) “Summer Water” (Heather Morgan/Lee Thomas Miller) “Get To You” (Abe Stoklasa/Pavel Dovgalyuk) “Forget About It” (Luke Laird/Jaren Johnston) “Her World Or Mine” (Brett Beavers/Jamie Paulin/Travis Denning) “You’re On” (Chase McGill/Jessi Alexander/Matt Jenkins) “I’m Gonna Miss You” (Corey Crowder/Matt McGinn) “Dancing Forever” (Ross Copperman/Shane McAnally/Matt Ramsey/Trevor Rosen) “Girl From Spring Break” (Ben Hayslip/Emily Weisband/ Rhett Akins) “Drink One For Me” (Josh Thompson/Jimmy Robbins/Jon Nite) Pre-order the album here. Amos is available everywhere June 1. For more information, visit MichaelRayMusic.com. About Michael Ray Country singer-songwriter Michael Ray was a hit right out of the box, scoring both with critics and on the charts. With Country Aircheck boasting there are “big things on the horizon for Michael Ray” and his live shows lauded by USA Today as simply “lip-smacking good,” the Florida native backed up that praise with two number ones from his 2015 self-titled debut album with “Kiss You in the Morning” and “Think a Little Less.”  His sophomore album, Amos, named for his grandfather and produced by the legendary Scott Hendricks (Alan Jackson, Faith Hill, Blake Shelton) will be released June 1. The album has already END_OF_DOCUMENT_TOKEN_TO_BE_REPLACED