Words, the highly anticipated new album from multi-platinum country star SARA EVANS, is out now! Released July 21, the project quickly hit #1 on the iTunes Country chart within hours of release and is already earning immense praise from fans and critics alike. “Many musicians like to say their work is deeply personal but Sara Evans may have taken that a step further in her new, impressive album…brimming with confidence and using her immensely appealing voice on a batch of very strong songs, ‘Words’ captures an artist in full musical flight…artistic freedom has never sounded so good.” ~ Associated Press “Full of songs that address head-on life’s rawest emotional experiences.” ~ USA Today / The Tennessean “She made every word count for her eighth studio release.” ~ CMT “Sara Evans is swinging for the fences on her new album, Words…offering fans a surprise or two with an album that is not only satisfying to discover for the first time, but will hold up well and reveal new facets over repeat listenings.” ~ Taste of Country “A huge statement from a singer who is ready to take things to a whole new level.” ~ Sounds Like Nashville “‘Words’ is the record of her career.” ~ Roughstock To celebrate the album’s release, Sara hits the Big Apple today for appearances with AOL, Paste, and Facebook where she will be #FBArtistoftheDay. On Tuesday, July 25 tune-in to see Sara perform on nationally-syndicated talk show “Live with Kelly and Ryan,” joined by her daughter Olivia Evans (14). Sara wraps the whirlwind week with shows in Ohio (July 28) and Michigan (July 29). Fans can also tune-in to Sirius XM and catch “Y2Kountry Presents A Sara Evans Album Premier!” on July 25th at 6 pm EST, July 27th at 12 pm EST and again July 28th at 8pm EST. Family is at the forefront of Words as daughter Olivia sings on “Marquee Sign” and Sara’s siblings Matt Evans, Lesley Evans Lyons and Ashley Evans Simpson provide harmonies on “Night Light.” In “Letting You Go,” Sara pours out her heart for son and oldest child Avery as he prepares to embark on his senior year of high school. The 14-song collection features fourteen separate female songwriters, including powerhouses Ashley Monroe, Caitlyn Smith, Hillary Lindsey, Hillary Scott, Liz Hengber, and Sonya Isaacs as well as Sara herself.   DOWNLOAD WORDS iTunes: saraevans.co/words Amazon: saraevans.co/wordsa LISTEN TO WORDS Apple Music, Amazon Digital, Spotify 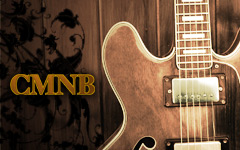 Sara Evans Chats MissMolly About Her Upcoming Album, Recent Nominations, Performing Live, and More! Sara Evans is easily one of CMNB’s favorite Country Music artists and we were lucky enough to get to chat with her earlier this week! She took a few minutes to answer all my questions about her recent American Country Awards nominations, her upcoming concert being broadcast live on AXS-tv, which songs her fans her love the most, and how she juggles all her success with her family and living her life!! She even let us in on the details of her new album coming out next year! Hear everything she had to tell us below! A special thanks to Sara for chatting with me, and to AXS-tv for setting up the interview and the video feed! Watch: CMNB Exclusive, Interview with Sara Evans!

WATCH Sara Evans’ Special Live Video for “Anywhere”! Its difficult to deny the talent of country music singer, Sara Evans, and that talent is especially showcased in her single, “Anywhere“. I stumbled across this recently release special live music video edition of the song, and I was struck by not only her vocal skills but her style as well! Check it out below and enjoy! Sara Evan “Anywhere” Live Music Video.

Sara Evans Releases Her Third Novel, “Love Lifted Me”. Sara Evans released her third novel, “Love Lifted Me“, on Tuesday, January 3rd. This is the third and final installment of her trilogy of books including “Softly and Tenderly” and “The Sweet By and By” which she began releasing in 2010. All three of the books were co-written with Rachel Hauck. For ordering details, click here. I’m wondering if Sara will start up another series of books or keep focusing on her musical career. Have you read any of her books so far? Would you like to see more of them?

Rascal Flatts Announce “Thaw Out 2012”! Rascal Flatts have announced their winter tour, “Thaw Out 2012“! Special guests Sara Evans and Hunter Hayes will be joining them on their 14 stop journey! It will kick off January 12 in Charleston, WV at the Civic Center Coliseum and end February 18 in E. Rutherford NJ at the Izod Center. Flatts wrapped up their summer tour, “Flatts Fest“, last month and critics agree that it was a hit! Here’s hoping for another spectacular show from all these performers, as they will attempt to warm you up with their talented voices during the coldest time of the year! Be on the look out to be the first to purchase your tickets!!!

Sara Evans Offers 3 Versions of of New Video for Single My Heart Can’t Tell You No. Sara Evans has been experiencing huge success since her return to the country music scene following a six year hiatus. She returned with the release of her album Stronger which has generated significant buzz with the industry and her fans alike. The lead single off the album “A Little Bit Stronger” in particular has helped catapult Sara back into the spotlight with ease. Her most recent single My Heart Can’t Tell You No, a cover of the 1980’s version originally performed by Rod Stewart, is as filled with emotion and poignancy as A Little Bit Stronger. Evans has made this song her own though by creating a video with 3 alternate endings which premiered through 3 separate internet outlets on August 22nd. The video portrays a woman who is in a relationship with a man who is already married to another woman. Throughout the video it is clear this woman is trying to separate herself from this man, but it is proving to be a difficult and painful process. I won’t give anything away, but each of the 3 alternate endings are dramatically different from one another! You can check out two of the videos below, and view the third by clicking on the link! Let us know what you think! Here is Version #1 which aired on CMT.com Here is Version #2 which premiered on Vevo. You can find Version #3 by following this link.

Sara Evans is back and I dare say…. Stronger… than ever! Country Music News Blog is proud to announce a special giveaway from Sara Evans, celebrating the release and instant success of her new album “Stronger“. We’re giving away an autographed copy of the album to one lucky winner, and an autographed album AND her new book to another! To enter, text COUNTRY to 22828! It’s that simple! The title track from Sara’s new album is already dominating both radio airplay and video rotations on all the major networks, and for good reason. The song is raw, emotional, and touches a deep place that at least every woman I know can connect with. We all know what it’s like to slowly, day by day, move past the hurt and heartache until one day you realize that it’s not holding you back any longer, and Sara does SUCH a good job of putting that experience into a song. The rest of the album keeps that pace and offers listeners what feels like an inside peek at her very heart-wrenching turn from heartbreak into a surprising new love. Take a listen to the album by clicking the banner to the right, and tell us what you think! To enter the giveaway, text COUNTRY to 22828! * Prize provided by Sony Music. * Entries must be received by Monday March 28th. * Winners will not be eligible for another prize drawing until 90days after this one. * 2 Winners will be drawn Tuesday March 29th from our text subscribers and will be notified individually. * Standard text messaging rates may apply. * Subscriber information is NEVER shared or sold from our contact list and will ONLY be used for future site promotions and prize drawings.

Rascal Flatts Announce Brand New Summer Tour for 2011 Rascal Flatts have anounced their new summer tour for 2011, “Flatts Fest” which will kick off June 18th in Bristow, Virginia. So far, the show is set to run through September with a total of twenty-four dates and venues. The tour will include new production designs as well as a new set list. Also, to magnify the fun-filled atmosphere of the live concert experience, there will be pre-show festival and tailgating activities spread throughout the plaza and parking areas for all fans to participate in and make a whole day of it, including a mobile karaoke vehicle, carnival games, photo booths, putt putt golf, food vendors, and plenty of exciting contests. Touring with Rascal Flatts on “Flatts Fest” will be Sara Evans, Easton Corbin and Justin Moore. Text COUNTRY to 22828 to be eligible for exclusive text subscriber giveaways from CountryMusicNewsBlog.com!

Sara Evans certainly could not ask for more these days, with her new album Stronger flying off the shelves! Country Music Tattle Tale recently got the chance to interview Sara Evans, and found that not only is she just like her album title “Stronger”, she’s also gracious, sweet, and…. an Eminem fan? Take a listen to CMTT’s exclusive interview with Sara Evans! you can catch Sara this summer as she performs a live concert with Ronnie Dunn as part of the Fremont Street experience at CMAFest!