Rascal Flatts’ Jay DeMarcus and Kevin Carter Held their Annual Celebrity Waiters Dinner and Official After-Party “Jammin’ with Jay DeMarcus & Friends” on Tuesday night. Jay DeMarcus of Rascal Flatts and co-host, NFL veteran and Super Bowl Champion, Kevin Carter held their 17th Annual Waiting for Wishes Celebrity Waiters Dinner at The Palm Restaurant on Tuesday, April 24, 2018. The sold-out event raised an estimated $150,000 for The Kevin Carter Foundation andMake-A-Wish® Middle Tennessee. The event has become Nashville’s premier celebrity event, making national news, raising more than $2.2 million for charity since its inception in 2002. Kevin Carter, Make-A-Wish Ambassador Kayden, Jay DeMarcus The sold-out celebrity event was an exclusive, VIP evening where Carter and DeMarcus invited an eclectic mix of celebrities from all over the country to take over The Palm as servers before they headed over toWhiskey Row for the Official After-Party – Jammin’ with Jay DeMarcus & Friends.   The event, presented by The Campbell Family Foundation and HCA, continues to be one of the most unique celebrity events in the country and is considered a “must attend” event for patrons and participants alike. Nearly fifty celebrities joined in to wait tables, sign autographs and perform at the after-party. This year’s cast of unexpected celebrities included Fox News Channel’s Dana Perino and Jesse Watters, the Chrisley Family from USA Network Chrisley Knows Best as well as sports icons like U.S. Olympians Matt Hamilton (Curlers), Kendall Coyne and Lee Stecklein (Women’s Hockey) and Lloyd Eisler (Ice Skating), NFL stars Jared Allen, Cris Collinsworth and Marcus Mariota, UFC/MMA Champions Randy Couture and Tito Ortiz as well as music stars like Hunter Hayes just to name a few. In 2012 “Waiting for Wishes” expanded to include an Official After-Party – “Jammin’ with Jay DeMarcus & Friends.” The informal jam session is an opportunity to create incredible “Only in Nashville” type moments on stage with SiriusXM’s Storme Warren serving as emcee.  This year was no different as a unique group of musicians jumped on stage with Jay DeMarcus to include band member Joe Don Rooney (Rascal Flatts), Tommy Thayer (KISS), Jason Scheff (Chicago), Jason Fitz (formerly with The Band Perry) and country artists Halfway to Hazard and Jillian Cardarelli. Jason Fitz, Yankton, Jason Scheff and Jay DeMarcus  “I am again so grateful to be able to continue to host this event in Nashville,” said Kevin Carter. “I’m thankful to my co-host Jay DeMarcus and the unbelievable celebrities that show up to wait tables for our patrons each year. I am humbled when I think about how many wishes we’ve been able to grant for children with life-threatening illnesses through our fundraising efforts and this event for the past sixteen years and now adding more funds to continue to provide hope.” The event is sponsored by The Campbell Family Foundation, HCA, The Band Foundation, Aon, PAR, Tennessee Titans, The Hilton Downtown Nashville, Empire Distributors, DET Distributing, Donatos Pizza, Trattoria IL Mulino, Nashville Lifestyles, RJ Young, The Palm, Matchless Transportation, Whiskey Row, Ego Design, Lipman, Jewelbox and END_OF_DOCUMENT_TOKEN_TO_BE_REPLACED 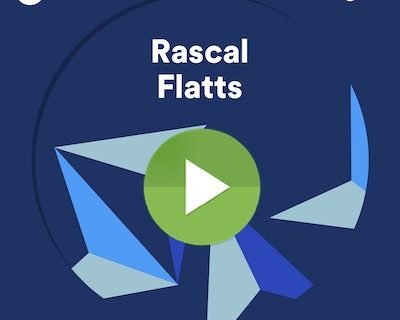 Two new tracks were just added to Spotify as part of the Spotify Singles release! Listen to the guys perform a new version of “Yours If You Want It” and an exclusive cover of Vince Gill’s “What The Cowgirls Do,” recorded live from the Spotify studio in New York. Listen Here   LAS VEGAS RESIDENCY TICKETS ON SALE NOW Come party with Rascal Flatts in Las Vegas! Don’t miss your chance to see the guys this fall at The Venetian Las Vegas from Friday, October 6th through Saturday, October 21st. Tickets for the 8-show residency, “Night To Shine” are on sale now!

Who among us hasn’t been both embarrassed and enthralled when our parents pull out the old photo album and start walking us through the pictures of our past? Things aren’t much different when we start paging through the moments that made up country music history. Some are legendary moments in the making while others are disasters just waiting to unfold, but they are all a part of where we came from. Join me, WhiskeyChick, as I take a look today through the story of the CMT Music Awards! While the award show has had its roots in Nashville since 1967, first as the Music City News Awards, then later as the The Nashville Network’s Viewer’s Choice Awards, then finally as the CMT Flameworthy Video Music Awards the ceremony is now known as simply the CMT Music Awards. These awards separate themselves from other established awards shows by putting the main focus on fan voting and on in-show performances with the actual presentation of trophies taking a back seat. Over the years those performances have been nothing short of amazing, so let’s take a look at a few: When CMT took over the award show they were trying to cross over the mainstream audience from their sister station MTV and this is obvious in the focus they put on flashy pop-styled performances. This of course turned a lot of the more traditional fans away from the show all together but cemented the CMT Awards as an influence in the younger markets. Shania Twain – 2002 CMT Music Awards – “I’m Gonna Get You Good” Brooks & Dunn feat. ZZ Top – 2002 CMT Music Awards – “Only In America” As the awards grew up alongside technology, the balance between pop and flash and classic country crooning started to settle into more epic showcases of modern talent. Keith Urban – 2004 CMT Music Awards – Opening the show with “Who Wouldn’t Want To Me” Rascal Flatts – 2004 CMT Music Awards – “I Melt” Eventually the channel realized they had an opportunity with this younger audience to have a lot more fun than those other stuffed-shirt formal affairs and started showing their softer side with comedic hosts like Jeff Foxworthy to kick things off. 2005 CMT Music Awards opener But don’t let all that fun and funny fool you… they’re still all about the performance here! Carrie Underwood – 2006 CMT Music Awards – “Before He Cheats” Of course some of those moments are ones the country bloggers tend to sweep under the rug, but can we all take a moment and admit that this pairing got all us parents misty-eyed JUST long enough to forget about Billy Ray’s achey breaky heart after watching his baby girl swinging on a wrecking ball? Billy Ray and Miley Cyrus – 2008 CMT Music Awards – “Ready, Set, Don’t Go” Of course, who can forget the moment another teenage sweetheart took over country radio in a way nobody saw coming! Taylor Swift – 2009 CMT END_OF_DOCUMENT_TOKEN_TO_BE_REPLACED

Rascal Flatts announced today that their new album Back to Us, featuring their hit song, “Yours If You Want It”, will be released on May 19th! “There was a nostalgic feeling between the three of us while in the studio for this record, a feeling that was more reminiscent of our first albums,” said Jay DeMarcus. “The journey we’ve all been on together is unreal and I can honestly say I’m even more excited about what is ahead for us. ‘Back To Us’ is not only a title of a song on the album, but a feeling that has been building around this new music. It just fits in so many ways.” You can also tune in today, Friday, March 3rd to see Rascal Flatts on the Ellen Degeneres Show! Find what time the Ellen show airs in your local area here.

Rascal Flatts announced their new single “Yours If You Want It” today, exclusively on USA Today. The track is the lead single taken from the group’s much-awaited forthcoming studio album, and is available everywhere today. Read more here.   You can download the new song from iTunes or Google Play here, or stream the song on your favorite streaming service.

Rascal Flatts wrapped their second wildly-successful Vegas Residency this weekend at The Joint at Hard Rock Hotel & Casino. Following enthusiastic feedback to the group’s stripped-down setup in Vegas, the guys announced  that their headlining RASCAL FLATTS: RHYTHM & ROOTS TOUR will kick off in Charlotte, NC on 6/17 and the trio have invited red-hot newcomers Kelsea Ballerini and Chris Lane to join them out on the road. Don’t miss your chance to see the guys LIVE this summer!

This weekend the guys in Rascal Flatts took a short break from the Rewind Tour to pop in on friend and Chief Creative Officer of Disney, John Lasseter, for a visit. Could the king of Disney have something in the works for Gary and the guys again, after the success their rendition of “Life Is A Highway” had in the animated film Cars? I hope so. Either way, it’s nice to see the guys out on the road but not running themselves ragged! *Photo courtesy of Rogers & Cowen

Rascal Flatts Announce Brand New Live and Loud Tour for Summer 2013! Rascal Flatts fans get ready because this country group, who just wrapped their Changed Tour in early March 2012, have announced that they will be heading out again for the summer with the Live & Loud 2013 Summer Tour! The tour will be making stops in 34 different cities and will kick off on May 31st. They’ll be joined by special guests The Band Perry and The Voice Season 3 winner Cassadee Pope. Rascal Flatts is currently nominated for an ACM Award for Vocal Event of the Year for their collaboration on “Easy” with Natasha Bedingfield.

Rascal Flatts Forced to Cancel and Reschedule Weekend Shows Due to Illness. Rascal Flatts who just kicked off the 2013 dates for their Changed Tour have been forced to cancel and reschedule shows slated for this weekend. Fans tickets will be good for the reschedule dates, and the new dates will still feature opening act, The Band Perry. Ticket holders who can’t attend the rescheduled concerts will be able to receive a refund.The following shows are impacted: Rascal Flatts Rescheduled Dates Friday, January 18th (Tulsa, OK) moved to —> Saturday, August 10th Saturday, January 19th (Wichita, KS) moved to —> Friday, August 9th We wish Rascal Flatts a speedy recovery, and hope that all the fans can attend the rescheduled dates without too much conflict!

Rascal Flatts Take Changed Tour Into 2013 with Lots of New Dates! Rascal Flatts just aren’t gonna take a break! The country trio will be taking their Changed Tour straight into 2013 with dates already scheduled and confirmed through March. They will also be heading over to Europe for a few dates in July and also stopping by a couple festivals in the summertime! Bottom line, Flatts fans, you will have plenty of opportunities to catch your fave country group this year! Check out a complete list of dates with tickets already on sale below, and get more dates on their official page!