(Nashville, Tenn. – Sept. 29, 2015) – The 2015 Americana Music Festival and Conference brought an incredible range of talent during its weeklong festivities in Nashville, Tenn. This was the seventh year of involvement for SOUNDS AUSTRALIA and Tamworth Music Festival, bringing us events such as Australiana Americana, THE AUSSIE BBQ and The Sister City Jam.

One of the most raved about events was Tamworth’s “Australiana Americana” – an annual showcase of Australian talent held at the legendary Bluebird Café, featuring artists: Allan Caswell, Amber Lawrence, Bill Jackson & Pete Fidler, Dan Parsons, Daniel Champagne, Geoff Achison, Imogen Clark, Kirsty Akers, Kristy Cox, Liz Stringer, Loren Kate, Matt Ellis, One Up Two Down, Teischa Jones and Tracy McNeil. The event was hosted by Dobe Newton, who introduced us to some top-notch musicians, some of which were Nashville veterans, as well as a few fresh faces.

One of SOUNDS AUSTRALIA’s biggest events this year – as well as every other year – was THE AUSSIE BBQ held on Saturday, Sept. 19 at The 5 Spot. This event has become internationally famous for introducing the world to hundreds of new Australian artists, as well as being a great networking event for industry professionals and fans alike. This year, THE AUSSIE BBQ featured 10 of Australia’s most exciting acts within the Americana and singer-songwriter scenes: Henry Wagons, Halfway, Josh Rennie-Hynes, Liam Gerner, Liz Stringer, Oh Pep!, Raised By Eagles, Roller One, Ruby Boots and Steve Grady. These eclectic artists packed The 5 Spot on the fifth day of the festival, bringing some Aussie flair to the Nashville Americana scene. Since its start in 2003, THE AUSSIE BBQ has grown exponentially into a circuit of shows that includes Toronto, New York, Los Angeles, Brighton, Liverpool, London, Singapore, Mumbai, Pune, Nashville and Austin. 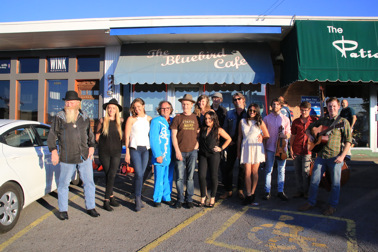 SOUNDS AUSTRALIA’s “A Taste of Australia” 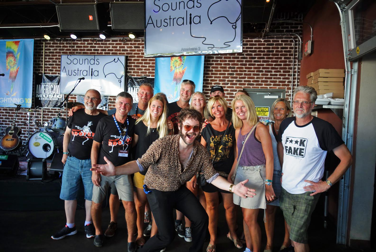 Henry Wagons with fans at “A Taste Of Australia” lunch at Soulshine Pizza. 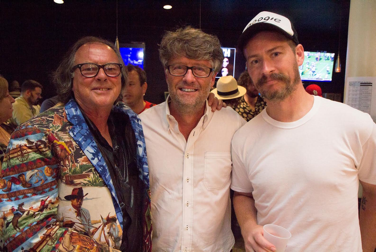 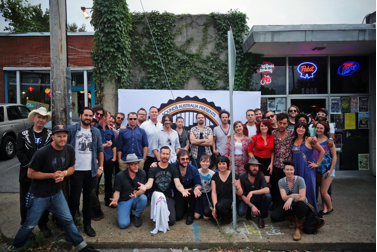 Part of the Australian contingent at Americana Fest gather outside The 5 Spot for
“THE AUSSIE BBQ.”

SOUNDS AUSTRALIA is a joint initiative of the Australia Council and APRA|AMCOS, supported by the Federal Government together with State Government Agencies and Peak Industry Associations.

As a globally recognized brand, SOUNDS AUSTRALIA has now become synonymous with producing stellar showcasing events around the globe, featuring all Australian line ups, with some of world’s most influential bookers, buyers, agents and promoters in attendance alongside the tastemakers of tomorrow.

SOUNDS AUSTRALIA’s aim is to provide the best possible environment for Australian artists at international events, offering additional exposure to industry and fans.

SOUNDS AUSTRALIA also provide valuable networking and considered business matching opportunities; by setting out to understand the goals and objectives of exporting managers prior to our events, we aim to connect them with relevant international industry.

As a direct result of SOUNDS AUSTRALIA’s programs, the number of Australian artists showcasing at international events has grown from 49 per year in 2009 to 263 in 2014, a 437% increase in just six years.