WALKER HAYES DONATES $10,000 to HOPE INTERNATIONAL THROUGH HIS BE A CRAIG FUND 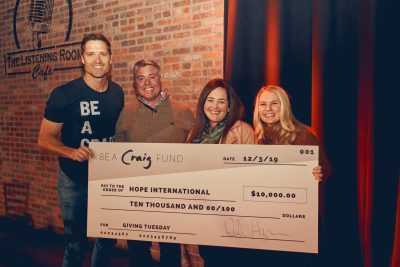 Wednesday, November 4th, 2019 – in honor of Giving Tuesday, Walker Hayes played to a packed house at the Listening Room Cafe last night, with 100% of the proceeds going to HOPE International, via Walker’s Be A Craig Fund.

In addition to proceeds from the show, The Be A Craig Fund donated a total of $10,000 to HOPE International – an organization that invests in the dreams of families in the world’s underserved communities through services, and loans that restore dignity and break the cycle of poverty.

Walker Hayes gets asked all the time if the character, Craig, from his song of the same name is a real person. As the song highlights, Walker and his family were going through a tough time. Walker’s career wasn’t moving like he wanted it to and he was feeling the pressures of providing for his 6 children and wife, Laney. One day, at church, a man named Craig noticed that the Hayes family was piled into a small car that didn’t have enough seats for all of them. The next day, Craig showed up with the keys and title to a new minivan and handed them to Walker. Craig’s kindness meant that the family would have a vehicle big enough for all of the Hayes children to have a seatbelt.
That incredible gesture sparked Walker to write the song, “Craig,” and inspired him to create the Be A Craig Fund as a way to pay it forward to the next one in line who needs a hand.

This giving Tuesday, Walker payed it forward by hosting this concert at The Listening Room, with 100% of the proceeds benefiting HOPE International via the Be A Craig Fund.

Walker hopes the Be A Craig Fund will encourage others to seek out opportunities to help those who may need a little extra love.

Learn more about the Be A Craig Fund HERE. 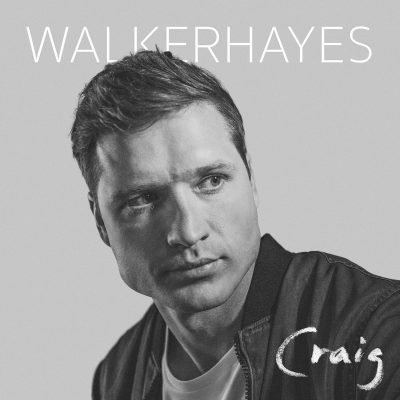